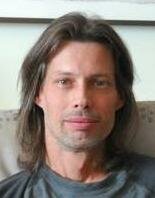 David Ross St. John, 50, passed away unexpectedly on May 16, 2021. Born in Goose Bay Labrador Dave spent much of his life in Ontario, mostly in the Kingston and Ottawa areas. His final months were far from his birthplace, in Surrey B.C.Dave lived life on his own terms, he lived to enjoy life, was always quick to lend a hand and cared deeply for family (even when he had a funny way of showing it). After his mother Lorraine, Dave’s most loved companion was his dog, Kevin. She (no, ‘she’ is not a typo and yes, her name was Kevin) was his constant companion and in their years together Dave could count on one hand the number of nights they spent apart.Dave is predeceased by his mother Lorraine Van Alebeek (Frank) and survived by his sisters Cheryl (Rob), Sandy (James), Christina (Marc) as well as his brothers Stephen (Doreen) and Paul (Tracey). He is also survived by his many nieces and nephews who he adored deeply.A small and informal graveside gathering will take place at 2:00pm on Saturday Sept 18, 2021 at the Cataraqui Cemetery in Kingston, ON where he will be laid to rest with his mom. Arrangements entrusted to CATARAQUI CEMETERY AND FUNERAL SERVICES.