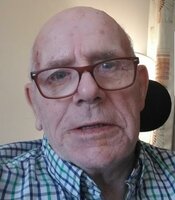 It is with such heavy hearts that we announce the passing of Michael Cain Timmerman, in his 83rd year. Michael was predeceased by his adored wife Thelma Timmerman, his sweetheart of 61 years, by mere days. Michael leaves behind his three children, Susan (Al), Michael (Lorraine) and Tracey (Adrian), and grandchildren. Those that knew Mike and Thelma know how inseparable they were. While we are heartbroken at the loss of them both, we’re grateful they are now together once again. A special thank you to the staff of Arbour Heights LTC facility for their kindness this past year. Cremation has taken place and at Mike’s request, there will be no public services. Arrangements entrusted to CATARAQUI CEMETERY AND FUNERAL SERVICES.