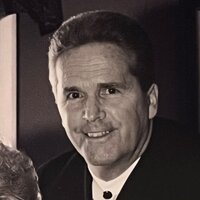 In the early morning of February 5, 2022 in his 77th year, Kenny won his final fight against his earthly body and left for the golden ring in the sky while surrounded by his family and in the arms of the woman he loved for the last 60 years. He leaves behind the love of his life, best friend and wife Norma and his two greatest trophies, his children, Derek and Dana (Blair). He will be so missed by his 4 granddaughters Taeya, Zoe, Rowan and Cameron who were the light of his life. Kenny leaves behind his sister Murial Haley (late Bob Haley), brothers Jack MacPhail, Colin MacPhail (Betty) and William MacPhail (Jan) and many nieces and nephews. He is predeceased by his mother Elizabeth, his sister Cheryl MacDonald (Blaine), in-laws Marion and Robert Cadden for whom he was the favourite son-in-law and his four brother-in-laws Robert Cadden (Carole), Charlie Cadden (Kaye), Alfred Cadden (late Violet) and Billy Cadden (Mary).Kenny was born and raised in South Bar, Cape Breton and although his childhood was less than ideal, he vowed to change the course of that cycle and make a beautiful, stable life for his family--which he certainly accomplished. Kenny’s family was always his number one priority and he was a loyal husband and loving father and grandfather.Kenny spent his adult life making a difference in our world, whether it be through serving his country in the Royal Canadian Air Force, serving his community through volunteer firefighting and as a Lions Club member or in his most well-known role as a coach at the Kingston Youth Boxing Club. Kenny’s passion for boxing was in his blood as generations of MacPhail’s prior to him were known for their grit and quick jabs in the ring. He even spent time as a professional boxer before hanging up his pro gloves to coach and mentor many youth in the city of Kingston. Kenny was very modest of his accomplishments in and out of the ring but there is no question he changed many lives and left his mark in many hearts.Kenny’s family would like to thank the ongoing stroke care that Kenny received from Dr. Al Jin at KGH, Dr. Steve Bagg at PCH, Dr. Siemens for urology care and the amazing team on Davies 3 at KGH (especially nurses Darlene, Hannah and Sue) where he spent his final days and was treated with the utmost respect and dignity. A special thank you to Paramed PSW’s Dulcy, Hung and Kathy—your ongoing support to both Kenny and Norma was greatly appreciated. An additional thank you needs to be shared for the ongoing support of neighbours and friends, especially Ken and Betty Kernick for the support and love provided over the years and for taking such good care of Kenny and Norma’s furbaby Izzy while Kenny was hospitalized.A celebration of life is scheduled for Saturday, February 12, 2022 at 2pm at Bay Park Baptist Church. Due to Covid protocols, seating is limited to family and close friends, however the service will be live-streamed (https://youtu.be/Bbuj3lEsFiM).In lieu of flowers, his wife and children request donations in his memory to University Hospitals Kingston Foundation (UHKF)--specifically to stroke care or mental health services, Kingston Humane Society or volunteer your time to assist someone in need. Arrangements entrusted to CATARAQUI CEMETERY AND FUNERAL SERVICES.