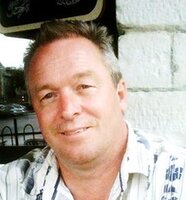 Passed away peacefully in his home on Tuesday, February 16.th. after a courageous battle with cancer. Predeceased by his loving parents Reta and Doug and his beautiful stepdaughter Melissa Paige. He will be lovingly remembered by his partner, Vicki Callihoo, his daughter Lyndsay, his son Ryan (Tiffany) and stepsons David (Terri), Larry (Erin) and Daniel Patterson, his stepdaughters Ali, Lindsay, Meagan and Courtney Callihoo and his brothers Fraser (Catherine) and Don (Kat) and their families. He will be missed by his wonderful grandchildren Jaxon, Hunter, Kinley and Keileigh. Everyone who knew Hugh appreciated his loving concern for his family and friends. He always had time to listen to our cares and concerns and he responded in his own non-judgemental way. He had many skills and was willing to share his talents in many ways from moving households for various family members to fixing houses and cars or completing taxes for others. He was a skilled pool player, however, there was no doubt that the game of golf was his greatest pleasure. He was proud of the fact that he achieved 2 Holes-in-one in recent years. May the next fairway open before him. Arrangements entrusted to CATARAQUI CEMETERY AND FUNERAL SERVICES.