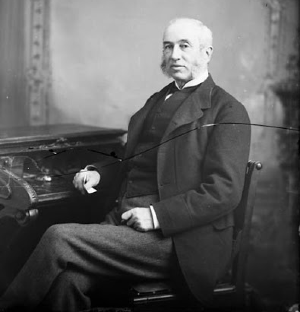 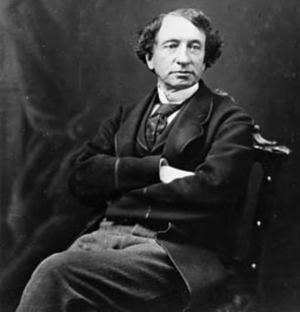 Kingston and the surrounding area are rich in history and many of those "history makers" are interred at Cataraqui Cemetery.  Since the early 1800's Kingston has been influential to the growth of the province and ultimately to the growth of Canada as a nation.  Many of Kingston's early citizens and families became Interment Rights Holders at Cataraqui Cemetery.  The most recognized person interred at Cataraqui Cemetery is Sir John A. Macdonald, Canada's first Prime Minister and a Father of Confederation.  Sir Alexander Campbell, another Father of Confederation, can also be found within our historic gates.  As Sir John A.'s confidante and longtime friend, Campbell was instrumental in the formation of the Cemetery and became the first President of The Cataraqui Cemetery Board of Trustees.  Cataraqui is the only cemetery in Ontario to have the distinction of being the final resting place of two Fathers of Confederation, but the Cemetery's historical importance does not end here.

Cataraqui is the final resting place for many great humanitarians, entrepreneurs, giants of industry, authors, celebrities, and history makers.  We honour the memories of these individuals as well as all citizens and past family members.  We take great pride in sharing the stories of their accomplishments and lives so that young and old may learn the timeless lesson of  "you don't know where you are going until you learn where you came from".

A young student once noticed and commented that it is interesting to see that Cataraqui Cemetery holds the memories of some of Canada's most prominent individuals as well as some of its less fortunate and nearly forgotten.  "From Prime Minister to paupers," the student remarked.  Cataraqui Cemetery encourages  learning about our community's history and believes that the many stories of those resting within the cemetery should inspire  each of us.

Some Notable Individuals at Cataraqui Cemetery:

Note. We have provided some links to other sources and websites sites regarding historical information of each individual if found available.  The Cataraqui Cemetery Company has not verified the authenticity or accuracy of the information presented in each of these linked websites nor do we claim to be affiliated with any of the websites.

Sir Alexander Campbell, politician, lawyer, a Father of Confederation, and first President of The Cataraqui Cemetery.  Friend to Sir John A.  He too has been designated as a Person of National Historic Significance

Gunner James D. March was killed at Fort Henry, a veteran of the Crimean War and Northwest Rebellion.

Sir Richard Cartwright, businessman, and prominent politician. He has been designated as a Person of National Historic Significance

David Nicol, Cataraqui Cemetery Superintendent in the late 1800s, responsible for enhancing the gardens, landscape, and Picturesque attributes of the rural-style cemetery.

James Richardson, businessman, and patriarch of the Richardson family and companies.