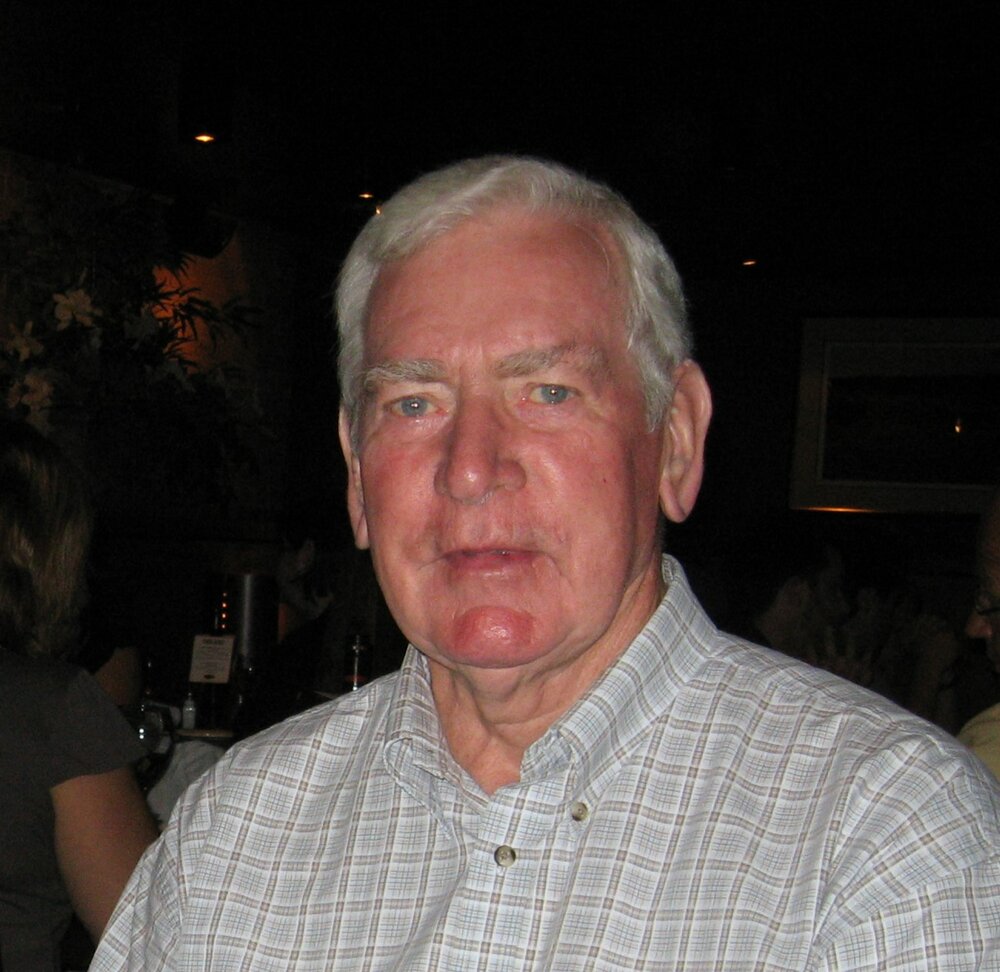 With sadness, we share news of the death of Colin Leslie Arnot at Kingston General Hospital on June 12, 2022, at the age of 90. The loving and caring husband of Audrey (nee McNicol) for 64 years, Colin was the proud father of Elizabeth (Guy Riverin), Cathy and Alison (Bob McCurdy); as well as grandfather of David Riverin and Caitlin, Rachel and Declan McCurdy. Predeceased by his parents, Colin and Bertha (nee Mantel) Arnot, and his two older sisters Bertha (Frank Livsey) and Irene (Peter Garner).

Colin was born in Liverpool, England, on March 23, 1932. Raised in the Knotty Ash district, he attended Liverpool Collegiate, a high school for 1,000 boys. He continued studies at the University of Liverpool, where he received a Bachelor of Science and a Ph.D. in Physical Chemistry. His love of and skill for football led to a centre forward position on the university’s first team. During his doctorate studies, he followed his supervisor Dr. McDowell to the University of British Columbia in Vancouver, where he soon found a place on the UBC soccer team.

Colin spent time working at the National Chemical Laboratory in Middlesex, England. But the appeal of Canada brought him and Audrey back, this time for a year at the National Research Council in Ottawa. When they returned to Liverpool, he worked in the research department at Imperial Chemical Industries (ICI) and then taught chemistry at Liverpool College of Technology.

An opportunity at Bishop’s University in Lennoxville, Quebec, resulted in a return to Canada for what would become a permanent stay. A well-respected professor of physical chemistry, Colin spent the next 35 years raising his family in the tranquil, small town in the Eastern Townships. During his time at Bishop’s, he held the role of Dean of Science and co-wrote the collective agreement that became a model for university faculties across the country.

When he eventually decided to hang up his cleats, Colin enjoyed playing golf and bridge. He spent his retirement years in Kingston, Ontario, wintering—and playing golf with Audrey—in Portugal for 17 years. His friends will miss the lengthy discussions trying to fix all the world’s problems and contemplating how things have changed so much in their lifetimes.

Colin’s family would like to thank Dr. Mo Rashid and the attentive, caring staff in the Cardiac Sciences Unit at KGH. At Colin’s request, there will be no visitation or service. In lieu of flowers, donations to Canadian Cancer Society would be appreciated.

Share Your Memory of
Colin
Upload Your Memory View All Memories
Be the first to upload a memory!
Share A Memory