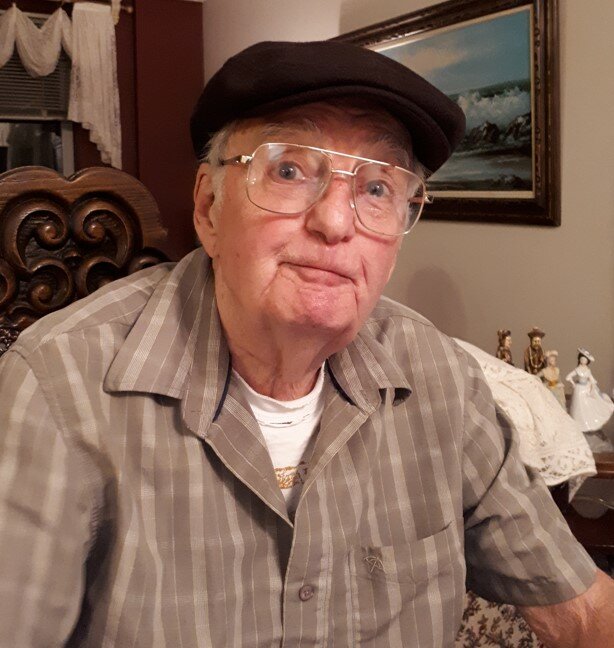 Howard Thomas Chambers passed away on October 26th 2022 at Trillium Long Term Care Home in Kingston, Ontario. He is survived by his loving wife Monique and three children: Dan, Pat and Lisa. Howard was born in Toronto in 1934 and was the third of five boys. At the age of 20, Howard joined the Canadian Navy and served on several vessels of the Atlantic Fleet for 22 years as a chef. He was Honourably Discharged in 1976 with the rank of Petty Officer 2nd Class. He was awarded: United Nations Emergency Forces Medal and Canadian Forces’ Decoration and Clasp. Howard promptly went to work for Imperial Oil as the General Manager of the Voyageur Restaurant in Parry Sound. In 1979, Howard and Monique became proprietors of the Voyageur Restaurant and Gas Bar in Gananoque. After several successful years of hard work in Gananoque, Howard joined the Federal Correctional Services in Kingston and worked in Food Services at Kingston, Collins Bay and Millhaven Institutions. He was elected union shop steward and worked with undying dedication to help his fellow civil servants. After retirement, Howard had more time for his favourite pastime, fishing. He loved to sit in a boat and enjoy the beauty and serenity of the surrounding nature. He spent many such happy days with his brother Marty, who had retired at a lake north of Kingston. In later years, Howard developed C.O.P.D and Parkinson’s Disease which slowed him down, but he never lost his unique sense of humour. He loved to tell a joke and was making his family and staff at Trillium chuckle right up to his final days. Howard will be greatly missed by all who knew him and will be remembered as a man of honour, generosity, and someone who loved his family and worked tirelessly for them.